The night audit describes itself by its term. Night audit is a financial operation that is executed at night in a hotel where operational activity runs for 24 X 7 following three consecutive work schedules by front office personnel. Due to nature of the work a night audit is stared at the night (the last shift) and finished in the next early morning. Night audit is a significant part of the accounting section of a hotel. The night audit is the control process where all financial activity (both cash and credit) of guest’s accounts is recorded and balanced. A night auditor is a special desk clerk who is responsible for performing the process of night audit.

The position of night auditor is under department of the front office. Night audit is the team which may consist of individual or group. For example:

The team of night audit falls under the accounting department of the hotel. The front desk manager and hotel’s controller get work report from night auditor. Sometimes the night audit team has a dual reporting structure to both accounting and the front office.

A night auditor is one of the most important personnels in the hotel. Night auditor is responsible for integrating and recording all cash and credit transactions of the day in a hotel. Basically a night auditor is an accountant who has to be well informed about the every details of accounting system and operational activity of hotel. A night auditor  operate the both cash and credit transactions of the day which is recorded at the front office and determine the closing balances of the all revenues outlets. A night auditor has to make corrections and locates errors if there is any wrong statement in the recording process of the hotel accounting documents which is submitted to the night auditor and prepared by the cashier. As the night auditor works in the night shift then he or she generally has some management responsibilities and also may have to act as the manager in the night if the managers are off at night. For example a night auditor interprets the performance of all revenue outlets in terms of statistics which is very helpful for management, moreover a night auditor provide reports (consists of operating and marketing information) to the management which makes the managerial process smooth.  Before computerization hotels used to assign many night auditors to perform night audit, but today computerized property management systems (PMSs) have made it easier to perform the night audit which also reduced the need of auditors. The all activities and functions of night auditor are performed to provide the assurance that all accounts of any hotel are recorded and maintained properly. Basically in the process of night audit function the following steps are performed:

Complete the outstanding posting means providing an assurance regarding monetary transactions that all non accounts and guest accounts of hotel have posted without any discrepancy. The due posting are considered as finished when a particular day’s transactions are reviewed for accuracy. The transactions that held in the front desk are included in the front desk accounts. Sometimes a night auditor is also assigned in operating transactions from other revenue generate outlets of the property. He/she generally balance the amount of front office accounts in opposition to the other departments. If any discrepancies are discovered then the night auditor corrects it and performs the next task. Most hotels make their profits through room selling so fair guestroom rates are very necessary. That’s why to validate the room rates of the guest room is the most important feature of the night audit. After verifying the rates he/she posts each guestroom with tax. Sometimes the night auditor is also in charge for arranging cash deposits and reports where the total revenue is checked against the deposited money. Then the night auditor clears all backup system and clearing out the day’s activities at the end of the working day. Finally the night auditor prepares the night audit reports which are considered as a snapshot of the operational activities of the preceding day, as these reports provide a review of the particular day’s activities with a close view of the hotel’s operation. The process of night audit is an essential for performing the financial activities of a hotel operation. Whether the night audit process is performed manually or computerized or through PMS hotel managers relay upon the accurateness of the documentation prepared by the night auditor. 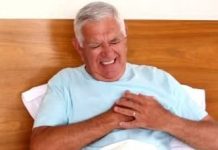 How to Handle Medical Emergencies in Hotel

Repeat Guest Check in Procedure at a 5 Star Hotel

How to Handle Guests who Arrive Early and Wait for Room

How to Block and Allocate Hotel Rooms to Guests

Job of a Doorman or Porter in Hotel