1o Percent?! Deep Breaths Deep Breaths. I hear you, servers. Nothing is worse. The bane of water and waitress survives on this moment alone. You walk up to a table to check the bill after going through a meal with a group and they have left: 10 percent? 10 PERCENT!?  I can understand many one thought waiters make big amount through tips but 10%? Really? WHAT IS THIS, 1993?!

There is no punch in the gut worse than working your butt of for a table, being pleasant, taking care of them to the best of your abilities and being rewarded with, what is seen by today’s industry as, a slap in the face. And if you have ever waited a table in your life, you know what that feeling is like. The problem with it is, unless you work at the nicest of restaurants, you have probably experienced this often enough, and you will likely experience it again. So what do you do? Everyone is first desire is to go straight to coworkers and talk about the JERK at table 15 who left a 20 dollar bill on a four hundred dollar tab. And as long as you are out of hearing range of other patrons (of course) go for it. We all need to vent sometimes, especially when you just found out that your phone bill is going to need another shift to get paid.

So what can you do? Its inevitable that all get tipped poorly at one time or another. Here is how to move on with your night and take those bad tippers in stride.

Zip Your Lips (At Least Towards the Customer) 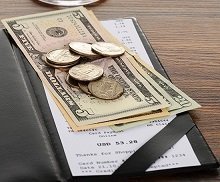 There are people who will probably argue with this point, and I have seen it handled gracefully in the past, but if you take the bill off the table and notice you have been tipped less than you think you deserve, its always best not to bring it up to the table. To some people this is common sense. To some people, this is heresy. I have had coworkers in the past, who have gotten tipped poorly, and as the table leaves the restaurant, they have asked the offending party, I am sorry sir/maam, was there anything I could have done differently tonight to make you more satisfied? And while I think that is a relatively harmless question (though somewhat awkward) it really is best to leave it alone. If its really bad, like you have been stiffed completely and you don’t think it had anything to do with your service, it might be worth a little prying. But for the most part, you are getting yourself into murky waters. That table could quite easily call a manager offended, or even get worked up right there on the spot, and you are going to lose out bigger in the long run, and potentially make a big mess. As much as you want to, and as good as it would feel, just roll your eyes, take a deep breath and move on to the next table. Unless its a total slap in the face, grinning and bearing it really is the best option. No matter how bad it tastes to swallow your pride.

This one isn’t much fun. But sometimes its necessary, and in the long run it might be able to help you out. Often, a bad tip is given because people don’t understand the social interaction of tipping properly (more to come on that later) or they have convinced themselves that they need that five dollars a lot more than you do. But every once in a while, a bad tip is the only way for a table to communicate to a server what might have gone wrong during a meal. I have had tables tip 10 percent and write, Waited 10 minutes for a drink refill. Sorry And as much as that made me grimace, I learned something right there in the process. When you are frustrated over a bad tip, take just a quick minute and think about if you might have forgotten anything, or done anything wrong to try to learn from it. If not, proceed with your annoyance, but every once in a while, I have gotten tipped poorly, and after being frustrated, I have realized why. Again, far easier said than done, but if you want to take on bad tippers in stride, its something worth considering.

I have had coworkers who get tipped poorly, or just have a nasty table in general, and it sets them in a bad mood. Again, trust me, I really understand the sentiment. But the only person you are hurting in that process is yourself. Negativity breeds negativity, and if you have a negative reaction, you are going to treat following tables differently, they might be thinking Why is our server in such a bad mood? and then not feel like tipping you a whole lot, because they feel like they’re inconveniencing you. As much catching a poor percentage can be a good way to ruin your evening, the quicker you can take a deep breath, and move on to the next table, the quicker you are going to get back on your feet, and get a good tip to right the bad one. But dwelling isn’t helping anybody, no matter how much you feel like doing so.

For those that are in need, this tipping chart is something I made that I feel like accurately represents today’s tipping standards for good tippers and bad tippers. I am happy to take criticism with where I have laid things out, but to me these are the levels of tipping that are appropriate for the amount of a bill. I have marked 30% – 35% gold (I don’t know, only thing I could think of better than green) but I would say that in nicer restaurants, a 30%+ tip is closer to a more normal tip, whereas in a smaller or less nice restaurant, 20%+ is more of the acceptable good tip. As always, these amounts can change depending on service and more, but I would say most service industry participants would agree that these levels correspond with today’s current restaurant standards. Take a look, and let me know if you feel like these percentage correspond with the general habits of good tippers and bad tippers 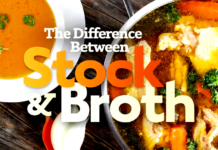